Those of you who have read the Narnia Chronicles should be familiar with the name DLF. If not, it’s time to read the books again! I’m not going to explain it for you. I will tell you that this is the title my husband gave to the lovely little creature I’m going to tell you about shortly.

A bit of back story

On the farm we had a huge bay window at one end of the house and it had a large garden in front of it. I planted a couple of butterfly bushes there one year and we sat back and watched as the pollinators swarmed over the bushes. They didn’t seem to care that we were on the other side of the glass, often with our noses touching the glass, in order to get the best view.

One day we noticed something feeding that, at first, we took to be a hummingbird. Now, we’ve watched lots of hummingbirds, at both feeders and flowers, but there was something “off” about this one. On closer examination it turned out to be insect, not bird. We looked it up in our bug book and it was a Hummingbird Clearwing Moth. It was just slightly smaller than a hummingbird but it moves the same way and enjoys the same food.

We love the unusual and unique, the creatures that take you by surprise, so this one became an instant favourite. Every year we would watch for sightings of our DLF. It was always a high point for us to watch this unusual moth do his hummingbird impersonation. He was very good at it. Many times we were fooled until we got a better look. 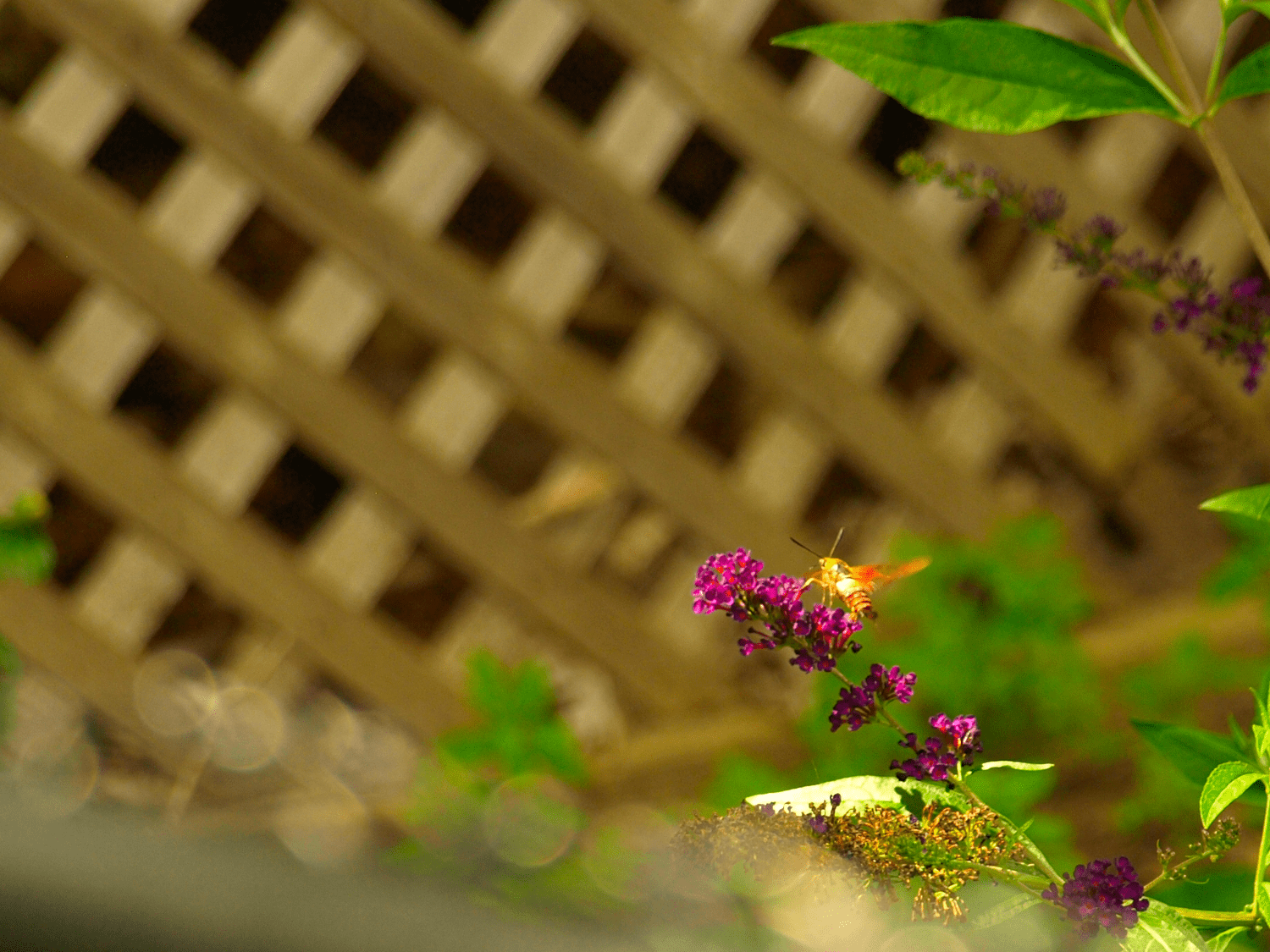 There are a few things in the garden that are obvious favourites with the pollinators - the butterfly bushes, the bee balm and the Mandarin honeysuckle. The butterflies feed from these things every day and so do the hummingbirds.

I was cooling off in the pool yesterday, floating around, admiring the gardens when I noticed a hummingbird flying low around the bee balm - or so I thought. FOOLED! It was our DLF! I was thrilled. I jumped out of the pool and ran to the house to tell my son to grab his camera. My husband was upstairs and wanted to know what the commotion was about. I yelled up to him, “You have a new DLF!” That brought him downstairs at a run! 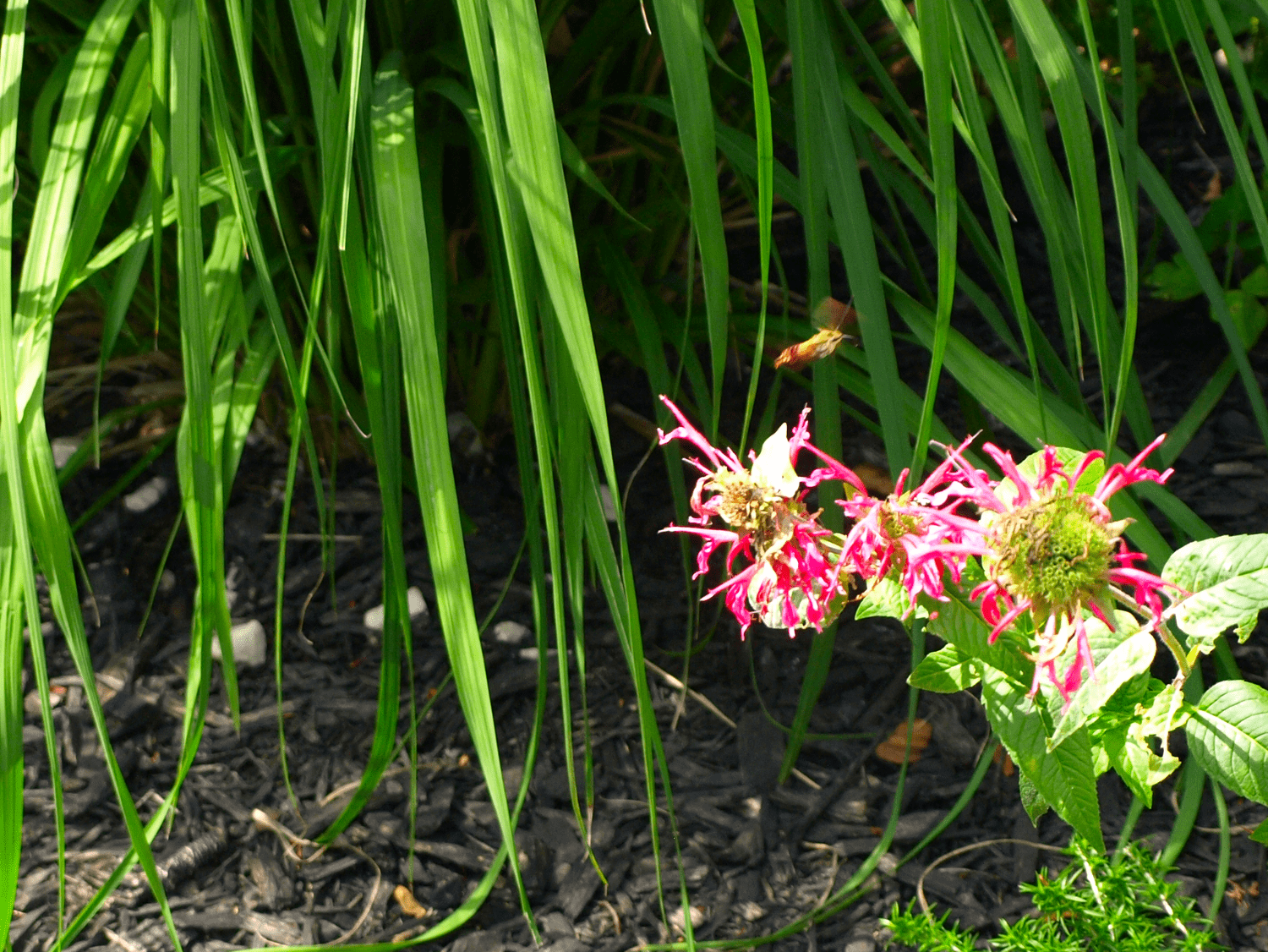 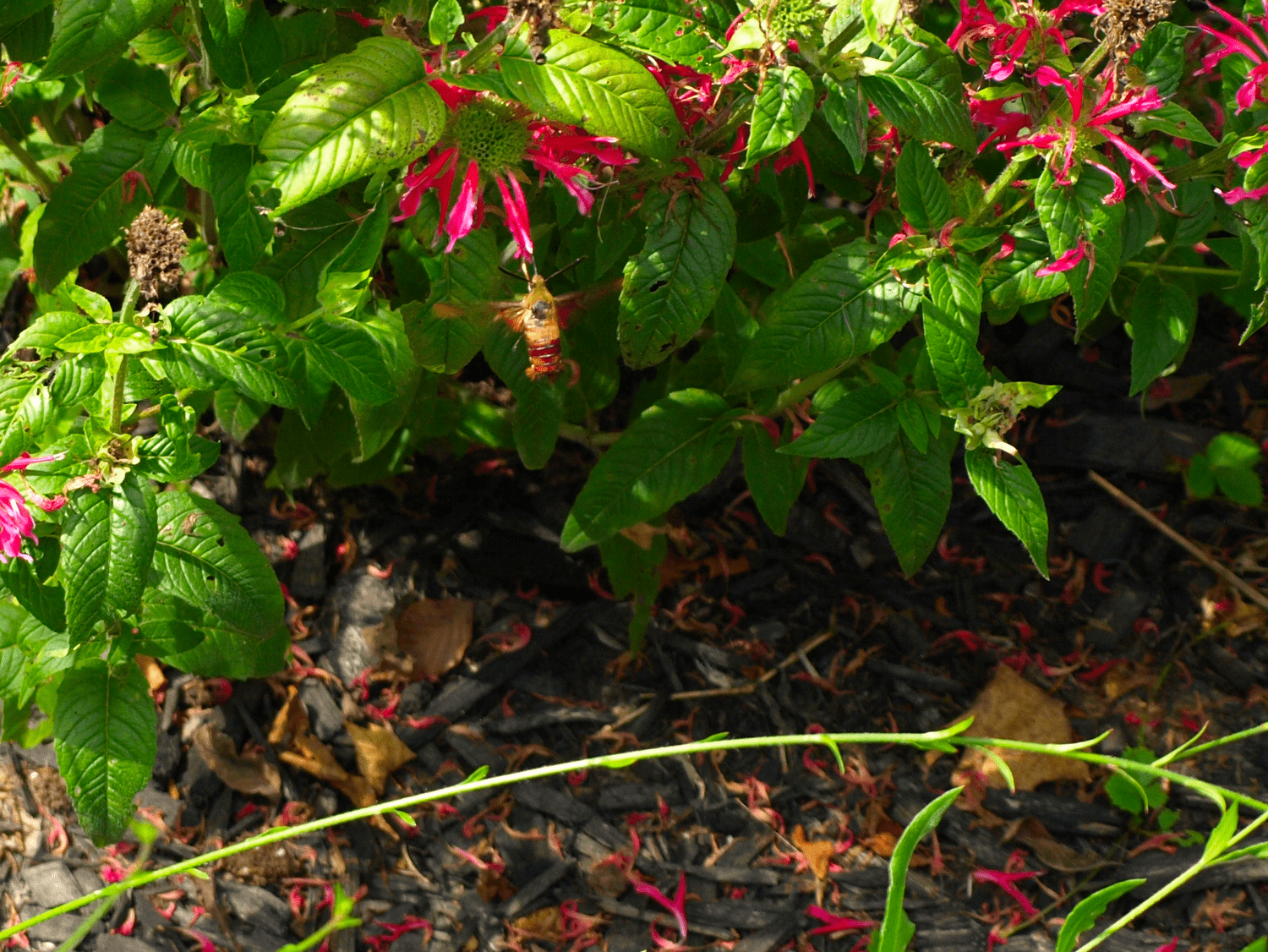 It may seem silly that we get so excited about a bug, even one as cool as this, but if you stop to think about the thought that God put into this little creature it should floor you! Here is a moth, of a decent size, out in the daytime, feeding on flowers, looking and acting like a hummingbird so that the birds that would normally eat it will ignore it instead. I feel so blessed every time I share space with one of God’s creatures and actually observe it, even the most common ones.

Not the only one

The Hummingbird Clearwing moth isn’t the only one of his family that we’ve seen here. I haven’t seen one this year yet but last year we had a Bee Hawk moth visit the butterfly bushes. He’s a little smaller than the DLF and he has black and yellow banding on the end of his thorax, hence the name. He’s another imposter, meant to impersonate a bumble bee, so that the birds will leave him alone. Amazing!

Get outside while the sun is shining and the flowers are blooming, sit quietly and watch what goes on around you. You might be surprised and see a DLF of your own. Either way, spending time with nature is a great way to recharge and refresh yourself.